The word "autonomy" is a combination of the words "autos" and "nomos", derived from the ancient Greek language, which literally means "own law". "Autonomy" is the designation for a certain way of thinking, in which independence and individual freedom on the basis of social justice and -equality as well as solidarity are the main principles. However this individual freedom is not meant in the way neoliberals underpin this (licentiousness of autonomous and selfresponsible people, that is to say torn apart from the people), but the opposite of it; individual freedom by collectivity!

Being-autonomous, means being undependent. To be undependent means meeting ones own needs, organizing and governing yourself in order to survive. It means self-sufficiency; one takes what one can use to survive and to accomplish certain political goals. Self-organisation is necessary to collectively retain independence and individual freedoms. For this, resistance is the only path towards freedom and thus is self-organisation absolutely necessary. Self-organisation is needed to achieve collective goals, such as social justice and -equality. Independence is what autonomy is all about. We don´t want to be dependend on some kind of State, Party, Union or leader (Führer). Autonomists think for themselves, decide for themselves and act by themselves! They don´t need anybody who offers "help" from above or tells them what to do, they solve their own problems. They rely on their own force and decisiveness and couldn't care less about the laws imposed by the establishment. Autonomists practice self-government, that is to say self-organisation.

Therefore this leads to fundamental implications, if being-autonomous is seen as merely a means of action. Being-autonomous requires a certain ideological way of thinking, which can be put into practice in different ways. 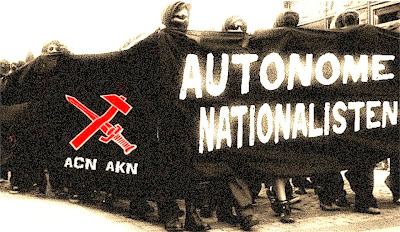 Being-autonomous means act for yourself, think for yourself and act independent. (and don´t wait for instructions, commands from above, from somekind of leader, pope, chairman, tribune, Union or Party boss, in short any authority whatsoever!) Being-autonomous means being averse to any form of authority, means being aversive of any State authority. Autonomists don´t wait for improvements or changes from above (elections), they take matters into their own hands (therefore "Direct Action"- action from the grassroots, by the masses without intervention of selfproclaimed leaders and mediators of Unions or Political Parties). The masses don´t need leaders from outside, they are their own leader. The masses themselves are the vanguard.

This way (anti-authoritarian, anti-Statist, anti-hierarchic) of thinking logically leads toward methods of action. One example is the concept of "Direct Action" (action without intervention of any authority whatsoever) against the State, against the authority and bosses - by the masses themselves. (Some examples are the Cultural revolution 1966-1969, The Mai revolt of workers in Paris, the student uprise of 1968 and the 1969-movement in Italy.) Another example is the "black block", not only an expression of collective anonymity, but also of collective uniformity; We are all equal, we are one collective unity! No leaders, no followers, no bullshit! There are no leaders, we are all leaders. We are our own vanguard. By means of uniform garb this is stressed; We are all equal (egalitarism). There are no leaders. If there is any case of "leadership" at all, then this is collective leadership by the collective Black Block. The Black Block as collective leader - as collective vanguard (for example in the struggle against the cops). (Such a way of thinking does of course provide issues for discussion, also and above all within the anarchoscene).

Being-autonomous does absolutely and before all else mean the rejection of any authority and all that which is sanctioned by the authorities (uniformed or not). Being-autonomous means opposing any form of hierarchy or authoritarian structures (State, army, church, Party, Union). Only the masses themselves are "pure", revolutionary, so only the actions of the masses themselves can be considered "pure" and revolutionary, all the other must be rejectes as;

Being-autonomous means opposing any form of personality cult, only the masses are the true heroes. Averse to any Fuhrer worshipping (Hitler, Stalin, Kim il Sung, etc.). Averse of any chauvinism (political boundaries are not recognized!). "Autonomous" Hitlerists are just as much an impossibility as "Autonomous" Strasserists are.

No leaders, no followers! No bull-shit!
The masses are the vanguard, they are the leaders! 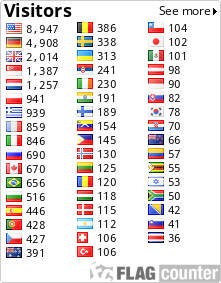