The National Revolutionary movement in the Weimar Republic - Part III

Some National Bolshevik movements in the Weimar Republic
Ernst Niekisch, a teacher at the elementary school in Augsburg, developed from a right-wing Social Democrat into a radical National Revolutionary (National Bolshevik) in the Weimar Republic. After an interlude at the Volkischer-National "Hofgeismarer Kreis" of the SPD, he left the party in 1925. The same year he founded the "Alte Sozialdemokratische Partei" (ASP) together with August Winning. In 1926 he began publishing the magazine "Widerstand - Blätter für und National Revolutionäre Socialist Politik". Winning became a co-publisher the next year. After Niekisch moved to Berlin in 1928 he started the "Widerstand-Verlag", this magazine appeared with the additional "National Revolutionare Zeitschrift für Politik ". During this time he developed a close friendship with Ernst Jünger and his brother Friedrich Georg, who both actively contributed to "Widerstand" (untill its ban in 1934).
The largest response "Widerstand" found within the Nationalist part of the intelligentsia was in the circles of the youth. Especially within the Bündische Wehrverbände (paramilitaries), such as the Bund Oberland and the Jung Deutsche Orde. De Bund Oberland had approximately 12,000 men with strongholds in Franconia, Bavaria and Austria. After the bloody suppression of the councils movement, Oberland developed itself into a sort of central for the creation of a Nationalist cadre. It could count on a large influx from the youth movement, where the Bund spread the magazine "Das Dritte Reich" (over time, the editor of the "Third Reich" Dr. Sondermann, became a close associate of Niekisch).
Niekisch maintained good relations with all major Wehrverbände: In October 1928 he succeeded to bring together the leadership of the Jungdeutsche Orde, the Wehrwolf, the Stahlhelm and the Bund Oberland to form a "united front" with all the Wehrverbände. He also maintained excellent contacts within the circles of the Reichswehr. Around 1929 Niekisch his National-Bolshevik views were fully developed. During 1930 he formed so-called "Widerstandskreise" in many German towns, around 4000 people grouped around these "Widerstandskreise". They orientated themselves on the periodical publications of Niekisch. These activists descended mainly from circles around Oberland and the university.
Niekisch made repeated attempts to get the Communist Party (KPD) to join a common political front, especially after the Programmatic Declaration of the Central Committee of the Communist Party in 1930. However, this came with little result. Against the Young Plan *** Niekisch managed to form an alliance of 32 national youth organizations, including the Deutsche Hochschulring, Jung Stahlhelm, Hitler Youth, Wehrwolf and Verein Deutscher students, as well as numerous Bündische organizations (1929/1930). After the "Machtübernahme" of the NSDAP in 1933, "Widerstand" still appeared until the end of 1934, the "Widerstandskreise" stayed active until 1937, when Niekisch and 70 others were arrested. In 1939 Niekisch's sentence followed; a life of imprisonment for alleged "high treason" and because of the "strive for the reestablishment of political parties". After his liberation by the Red Army in 1945, he was almost blind and was paralyzed on one side. After the war he became deputy of the People's Chamber of the DDR. In 1953 he moved to Berlin (W.), where he died in 1967.
Besides Niekisch most of the National Bolsheviks in the final phase of the Weimar Republic came from the Bündische youth. This was also the case with the "Gruppe Sozialrevolutionärer Nationalists" (GSRN) around Karl Otto Paetel in Berlin, which was founded in 1930. Their magazine "Socialist Nation" appeared since 1931 and was also known for a long time as "Nationalbolschewistische Blätter".

Paetel, who had also participated in the creation of the ASP of Niekisch and Winning, already regularly published in the "Nationalsozialistische Briefe" of Gregor Strasser, a discussion platform within the NSDAP. The GSRN initially worked together with the "Kampfgemeinschaft Revolutionärer Nationalsozialisten" (KGRN) of Otto Strasser for some time. He (unlike his brother Gregor) had already left the NSDAP in 1930. However, soon it came to a break with Strasser, because the GSRN - unlike Strasser's idea of "49% state property" with respect to the major industry - stuck to a "socialization without compromise". The GSRN advocated class struggle and had the "autarky of the socialist economic zone, Russia and Germany" as a main objective. The GSRN sought a merger with the KPD: Shoulder to shoulder they had to work together with the proletarian power to bring a Volkischer substance within this alliance. In 1932 they supported the campaign of KPD president candidate Ernst Thälmann with all their force. The offer on the part of the GSRN to create an alliance, was welcomed with skepticism by the KPD.
End of January 1933 Paetel launched his National-Bolshevist Manifesto, which called for the establishment of a "National-Bolshevik political party" headed by Ernst Niekisch and the leader of the "Landvolk" movement Claus Heim (KPD). The Gestapo confiscates the Manifesto in February 1933. Paetel was imposed with a publication ban. In 1939 he was sentenced to death (in absentia), he however succeeded to emigrate in time.
Yet another National Bolshevik tendency in the final stage of "Weimar republic" grouped around the magazine "Gegner", that was published in 1932 by Harro Schulze-Boysen, a friend of Paetel. The readership existed, especially in Berlin, for the majority out of students. In a series of cities "Gegner reading circles" formed themselves, in Berlin there were about four of them.
"The world view of "Gegner" was essentially a typical mixture of Neo-Nationalism and the "Jugendbewegter" ideology. They sought "furchtlosem Einsatz" and stressed the "unconditional Schulze-Boysen". The despicable opportunism of Hitlerism was distinguished from the true Nationalism." (Louis Dupeux)
Just like Niekisch and others they advocated a "Querfront", a "new front for the younger generation". Terms like "left" and "right" were outdated in this context. Gegner, repeatedly let Communists speak on his meetings and in his publications. The goal was the creation of a "Third Prussia." Hostility towards the bourgeois democracy and a elitist vanguard thinking characterized much of the ideology of "Gegner kreis".
"Belief in the majority is replaced by the insight that only a very disciplined and internally sealed minority can force the decision". (Gegner, April 5, 1932)
In the last issue of Gegner, which appeared on April 20, 1933, the Hitler regime was attacked from a - so to say - "rightwing" standpoint. The regime was still very connected to the reaction, therefore, the National revolution should continue with all its strength. Schulze-Boysen and several sympathizers were arrested on April 26 by the SS and severely beaten. Schulze-Boysen saw the SS beat one of his comrades, Henry Erlanger, to death. Because of the good connections of his parents with high National Socialist officials Schulze-Boysen was already released after five days. What remained was his hatred for the Hitler regime.
Around 1936 he began building an underground network that was working for the Soviet military intelligence since 1939. It became one of the most effective resistance movements against the Hitler regime, known as the "Rote Kapelle". In 1942 most members of the Berlin group of the "Rote Kapelle" were arrested, Harro Schulze-Boysen himself was executed in the end of December 1942.
*** Young Plan
This plan from the victors of the first Worldwar (the Entente Powers) in 1930 in The Hague, which determined the final settlement of the reparations
of by the Reich.
Source:
Nationale & Socialistische Actie / Autonome Nationale Socialisten 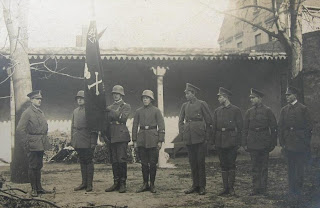 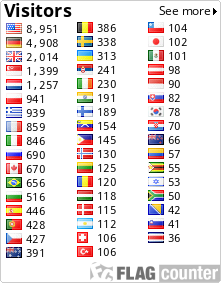